Dianne Durham (June 17, 1968 – February 4, 2021) was an American gymnast who was active in the 1980s. Dianne Durham, who became the first Black woman to win a USA Gymnastics national championship in 1983, died Thursday after a short illness. the first African American senior national gymnastics champion and a trailblazer in the sport. Durham died at a Chicago hospital, with Drahozal and her sister, Alice Durham, at her side. She was 52.

“She passed peacefully. Known for her combination of grace, artistry and power, as well as her joyful personality, Durham and her teammate, Mary Lou Retton, pulled the sport of gymnastics into an era dominated by power tumbling and fast-paced progression.

The last gymnast to beat Retton in all-around competition, in the lead-up to the 1984 Los Angeles Olympics, Durham was deprived of a spot on the team due to a combination of injuries and politics.

But it is her achievement as 1983 senior national champion, which launched not only Durham but her coaches, Bela and Martha Karolyi, onto the national stage, for which Durham is most remembered. #DianneDurham #gymnastics #Firstblacknationalgymnastics #GeorgiasTalkLLC #Dead

Welcome to my website for my daily podcast, called Georgia’s Talk.  My podcast is available on Spotify, iTunes, Anchor.fm, Apple Podcast, and all streaming platforms.  I hope you enjoy it. 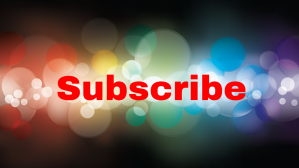